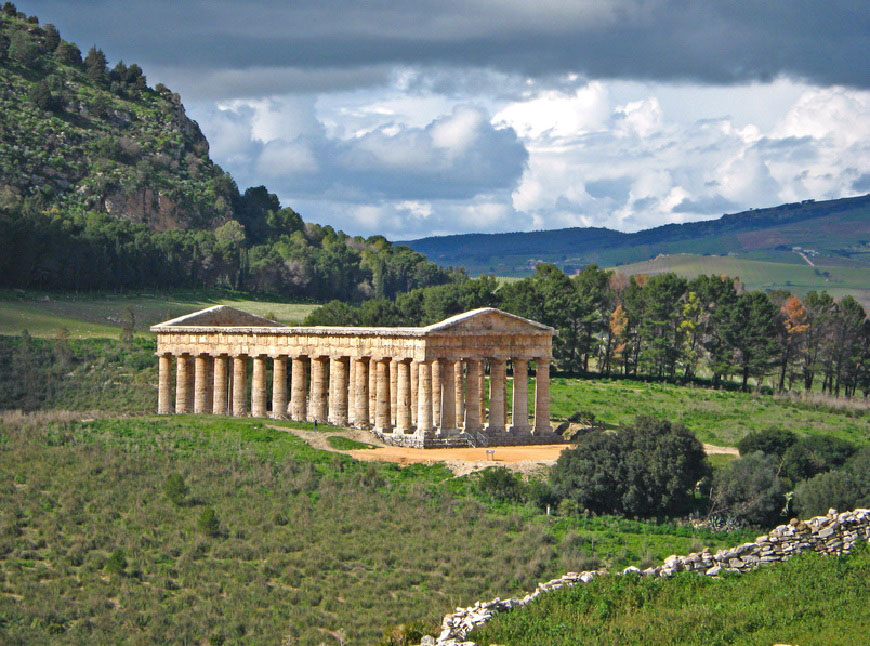 The Valley of the Temples

Situated at the extreme south of Agrigento, in the southern part of Sicily, the Valley of the Temples is one of the most representative sites of classical Greek civilisation, and has been recognised as a World Heritage Site by UNESCO since 1998.
The buildings were constructed in the fifth century to manifest the prosperity of the ancient city of Akragas, and their remains stand on the rocky ledge bordering to the south the plateau on which the city stood. Moving from east to west we find the temple of Hera Lacinia - Juno (where the Greeks used to celebrate weddings), the Temple of Concordia (which alone has remained intact), and those of Hercules, of Olympian Jupiter, of Castor and Pollux (the legendary twins born of the union between the Queen of Sparta and Jupiter, the temple which is now the symbol of the city of Agrigento), and of Vulcan. Lower down, close to the river and outside the ancient walls of the city, stands the

Temple of Aesculapius, the god of medicine (the walls were covered with the writings of the sick who had been cured) and, close to the Porta Aurea, the imposing Tomb of Theron, erected in memory of the victims of the Second Punic War. Among the other buildings are the Palaeochristian Necropolis, the Antiquarium of Agrigento Paleocristiana and the Antiquarium Iconografico della Collina dei Templi.
All the temples, of the Doric order and hexastyle (that is with six columns at the front) are built facing east. Effectively, according to the classical Greek and Roman canons, the entrance to the cella housing the statue of the deity had to be illuminated by the rising sun, the fount and principle of life.
Built of calcareous tuff, the temples offer a particularly evocative sight at dawn and even more at sunset, when they assume a warm gilded hue.

"Everything created on the earth to seduce the sight, the spirit and the imagination":
Taormina

The town in southern Sicily that is now a UNESCO world heritage site:
Syracuse

The wine town at the extreme southern tip of Sicily:
Marsala

The valley near Agrigento which hosts a number of extraordinary greek temples:
> The Valley of the Temples

Just a few kilometres from Agrigento we find this little agricultural town, founded in 1637 by the Tomasi di Lampedusa family.
In the interior is the castle, dating to 1358, which once belonged to Federico III Chiaramonte. The Palazzo Ducale is situated at the entrance to the town, in front of the Villa Comunale. A broad flight of steps leads up to the Chiesa Madre dating to 1666, while the Torre di San Carlo is located in the area of the Marina di Palma.
Palma came to be known as "The town of the Leopard", since it provided the inspiration for Giuseppe Tomasi di Lampedusa's famous novel Il Gattopardo, and the film based on the book starring Burt Lancaster and Claudia Cardinale. 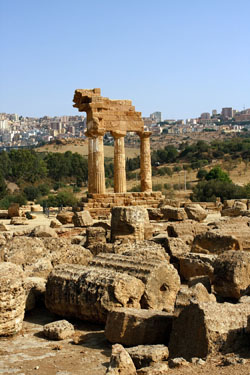 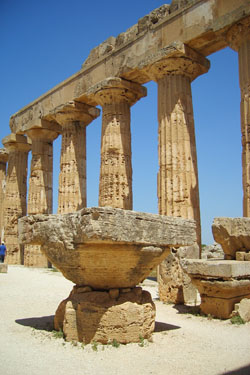