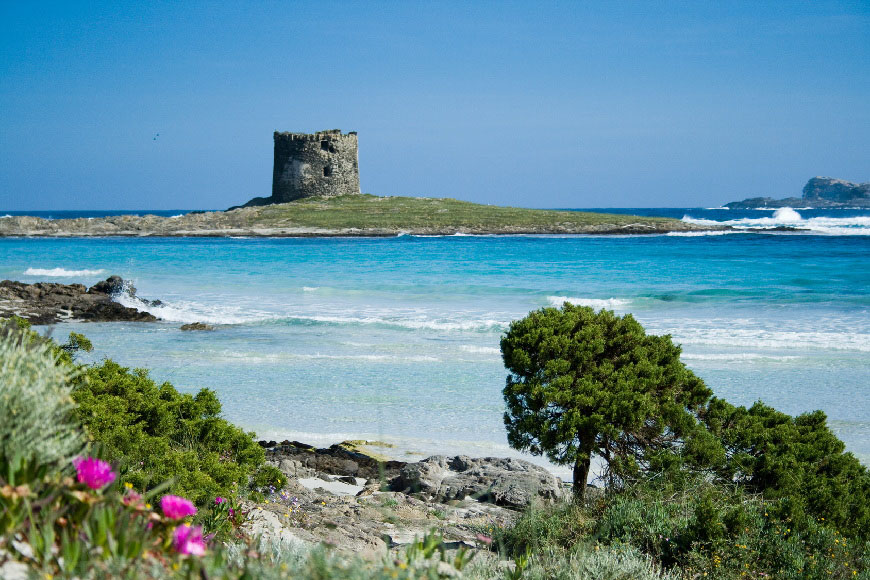 Santa Teresa Gallura is a commune in the province of Olbia-Tempio. The city practically winds along a promontory that faces northward toward the southern coast of Corsica, only 11 miles away. The main part of the city is built up along two inlets, that of Porto Longone and, the other, Rena Bianca which has an extra-fine sandy beach. Other beautiful beaches worth a visit are La Colba, Lido Rena di Ponente or della Taltana, Cala Spinosa, la Marmorata, Cala Sambuco, Porto Liscia, and the fascinating Valle della Luna (Cala Grande) where the landscape is dominated by natural granite formations sculpted by the wind and sea and one finds colonies of hippies and people from afar who like open air living.
This far northern end of Sardinia, comprising rugged granite cliffs and landscapes of Mediterranean brush, has been inhabited since prehistoric times. The first settlement, dating back to the nuraghic period (4000 B.C.), has left traces in certain of the archeological sites in the vicinity. On the road to Capo Testa (the most attractive area along this coast) are the remains of a

whole nuraghic village, with the circular under-structures of the huts, the animal pens and even the foundations of a furnace. Other interesting remains are the tombe dei giganti [giants' tombs], collective burial sites characteristic of the nuraghic era. Recent excavations at one of these, the tomba di 'Lu Brandali', have furnished important historic and scientific information that has allowed experts to establish the funeral rites of the ancient culture.
Places to visit in Santa Teresa include the Chiesa di San Vittorio, the Museo della Fondazione, the torre di Longosardo, the Palazzo Comunale and the port with its many shops, snack bars, cafés, and restaurants.
The most important events are the celebrations in honor of San Tommaso a Porto Pozzo (the first Saturday and Sunday in July), the festa della Fondazione in August, and the festa patronale on October 15th. The local cuisine is particularly tasty, with various typical dishes, such as ravioli alla gallurese and two particular soups, zuppa gallurese (also called suppa cuata) and Santa Teresa fish soup.

The 'Emerald Coast' is so named due to the beautiful color of the sea here:
Costa Smeralda

A town in the north of Sardinia with fine sandy beaches and wonderful natural rock formations:
> Santa Teresa di Gallura

This was the first national park established in Sardinia and it is the only one in Italy that covers the entire territory of a single commune. This park is comprised of seven main islands (La Maddalena, Caprera, Santo Stefano, Spargi, Budelli, Santa Maria, Razzoli) and various small islets. La Maddalena is the largest of the islands and is formed mostly of granite.
There is a well known pink beach in the northwestern part of the archipelago, on the Island of Budelli, that became famous as the set for Michelangelo Antonioni's film Il deserto rosso [The Red Desert]. 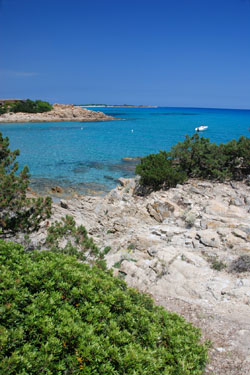 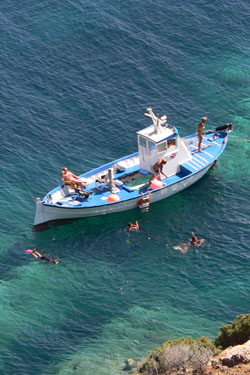