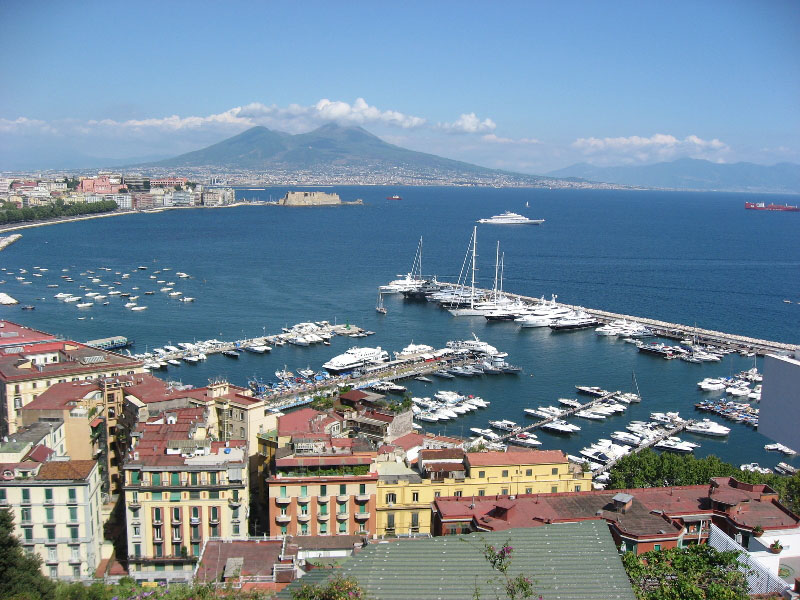 The city of Naples stands in the middle of the Gulf of Naples, between Vesuvius and the volcanic area of Campi Flagrei, in a setting defined as “one of the most renowned and enchanting in the world”: a natural inlet that has attracted tourists ever since the ancient Greeks founded colonies on the island of Pithecusa (now called Ischia) later founding Neapolis, the new city.
The luxurious hidden villas, the descents to the sea, the cliffs suspended above the sea made this area one of the most luxurious locations for a holiday and relaxation of the ancient Romans, who named the Neapolitan hill “pausilypon”, pause of the worries.
In addition to its landscape, visitors can appreciate the historic sites of extraordinary significance, such as Vesuvius, Pompei, Ercolano, the Campi Flegrei, the Solfatare di Pozzuoli and of course, the extraordinary Mediterranean cuisine. The pizza deserves a chapter by itself, and in fact, there is a festival here that is entirely dedicated to it: the Pizzafest, which takes place in September in the Mostra d'Otremare, with dozens of outdoor pizzerias. To enjoy the panorama of the

Gulf of Naples and admire Vesuvius, the historic volcano that destroyed Pompei on 24th August 79 B.C., Sorrento is definitely a privileged location.
Inside the city you shouldn't miss visiting Piazza Tasso, the Cathedral, the museum of Correale di Terranuova and Marina Grande, an attractive fishing village where there are also private bathing establishments. The Sorrentina Pennisula territory is one of the most beautiful areas in the world, both for the unique morphology of its coast, dug out of the tuff from the continuous erosion of the sea, as well as for the sweet fragrance of its lemons, which are used for making limoncello, which the city is famous for. Sorrento is also famous for its oranges, walnuts, olive oil, liquors and wines, in particular Lacryma Christi.
From Sorrento you can also catch glimpses of the stupendous islands of Capri, Ischia and Procida. Ischia owes its success in tourism to its beautiful coasts, beaches and the sea, to its rich vegetation and thermal waters, largely appreciated since ancient times. Mount Epomeo (789 m a.s.l) rises above the island and offers stupendous panoramas.

Visit extraordinary sites such as Vesuvius, Pompei and Herculaneum. Sorrento is world-famous for its hospitality and beautiful views. Ischia has beautiful beaches and thermal springs.
> Naples, Sorrento and Ischia

From Sorrento you can easily reach Massa Lubrense, Nerano and Punta Campanella, which has been a sea nature reserve since 1997, and which spreads out over 1500 hectacres. The nature reserve runs along about 40 kms of sea coast. 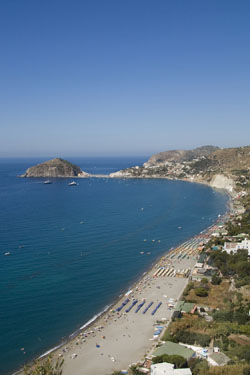 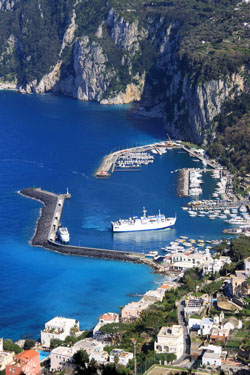