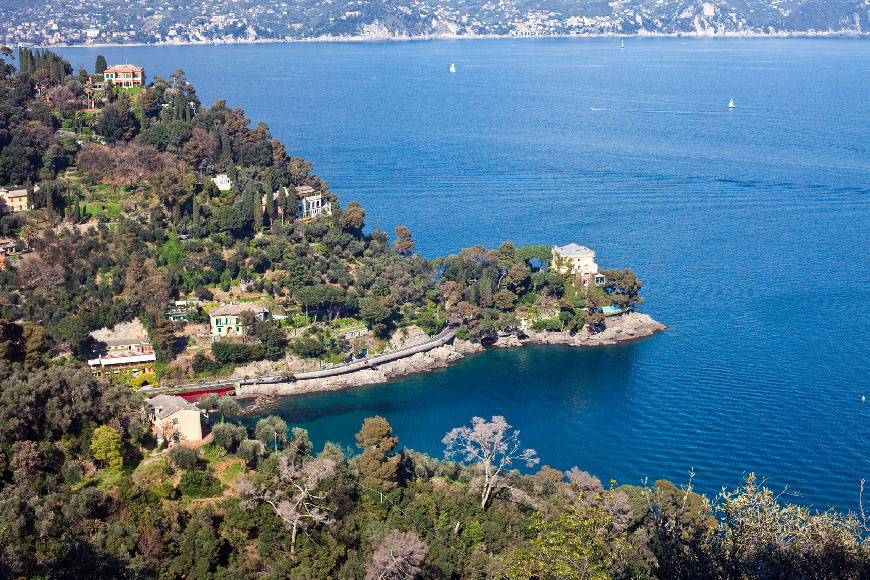 Gulf of the Poets

This area was especially loved by poets and writers, in particular Shelley, Byron, Petrarch and Montale. This is the reason why the Gulf of Spezia is called the Gulf of the Poets. Located at the far eastern end of the Region of Liguria, this wide, deep inlet of the Ligurian Sea comprises a series of beaches and rocky cliffs, blue sea, ancient towns and untamed nature. At the two extremities of the Gulf (the western end and the eastern end, respectively) lie the two towns of Portovenere and Lerici.
The town of Lerici is of interest for its old Jewish ghetto, castle, geo-paleontological museum and the Piazza del Poggio and Piazza di San Giorgio. Just below the castle one finds the relaxing promenade along the Lungomare Vassallo.
Lerici is famous for its hospitality and the excellent local cuisine, featuring zuppa di datteri di mare [date mussel soup] and spaghetti alla lericina. Nearby there are various interesting places to visit, such as San Terenzo, with its castle, Villa Magni, where Percy Bysshe Shelley and Mary Shelley lived, and Villa Marigola, with the

magnificent view onto the beach of Venere Azzurra. Then, there is Tellaro, a typical sea-side village with extensive beaches, where boats still dock along the sea-front piazzetta. Finally, Fiascherino is famous for having been visited by the English writer David Herbert Lawrence.
The patron saint of the Golfo dei Poeti is San Venerio, celebrated every year on September 13th with a romantic pilgrimage by sea to the sanctuary on the Isola del Tino, one of the islands in the small archipelago (in front of Portovenere) that comprises also the islet Tinetto and the Island of Palmaria. The latter is the most frequently visited of the three, especially for its Grotta Azzurra [Blue Grotto], accessible by boat, and the Grotta dei Colombi, accessible only by descending a rope.
Porto Venere was named for the temple erected in the Roman era in honor of Venere Ericina on the promontorio di San Pietro, where one finds the church of San Pietro. Nearby is the small fishing village Le Grazie with the archeological site of the Roman Villa del Varignano.

The stretch of coast preferred by Shelley and Byron:
> Gulf of the Poets

Five medieval towns along a coastline under the patronage of UNESCO:
Le Cinque Terre

The port of Rapallo, with its old town center and its seafood culinary delights, is an essential visit.
Rapallo

The river Magra flows across this plain, located in the provinces of Spezia and Massa-Carrara, into the Ligurian Sea. The area presents a rich variation of landscapes, from the coastal views to the inland Luni hills, often topped by ancient castles and stone hill-towns, with the Tuscan-Emilian Apennine mountain chain and the Apuan Alps in the background. 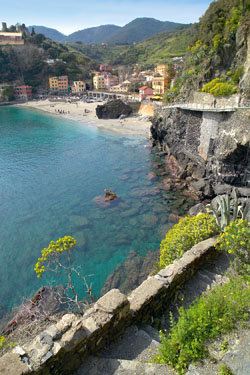 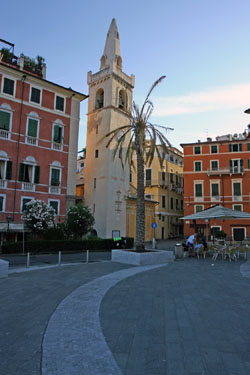