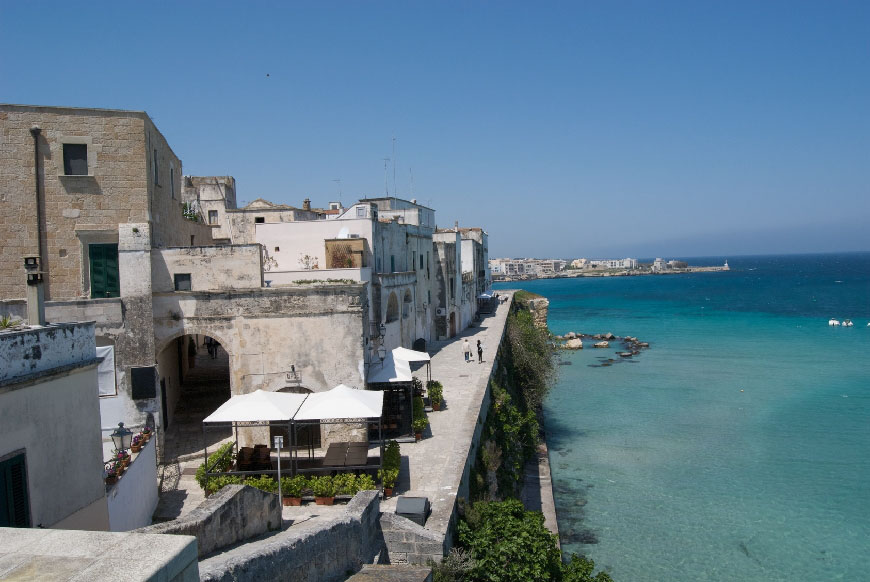 Lecce, refined and aristocratic, is the capital of the Salento peninsula that extends out between the Adriatic and Ionian Seas. It has been called "the Athens of Apulia" and "the Florence of the South" because of its splendid, beautiful monuments and buildings and its faithfulness to tradition; the Leccese baroque architecture and sculpture are quite particular and characterized by a combination of the elegant balance of Renaissance forms and rich decorative elements. The city's architectural and sculptural masterpieces were created using a homogenous, compact local limestone (pietra leccese) that has the advantage of being easy to work on with chisel and hatchet.
The original four city gates were Arco di Trionfo (Porta Napoli), Porta Rudiae, Porta San Biagio, and Porta San Martino, but the latter fell in the 19th century. The city center, inside the traces and remains of the ancient walls, presents a marked baroque style, and the focal point is the elegant Piazza Sant'Oronzo, which includes the 1st-2nd century A.D. Roman amphitheater. Also in the piazza stands the column with the statue of Sant'Oronzo, the patron saint (celebrated August 24-26) and the well proportioned palazzetto del

Sedile. However, the Basilica di Santa Croce, built in 1549, is the monument that best represents Leccese baroque style. The baroque style dominates also in the central Piazza Duomo, in the Cathedral and the adjoining Palazzo del Seminario.
The presence in the city of numerous religious orders led to the construction of many churches, with sumptuous façades that are practically open-air altars, true windows into a life and society of times past: the most important are Santa Chiara, the church of Saints Niccolò e Cataldo, and the Chiesa dei Teatini. Also worth a visit, the Quartiere Mazzini, the Greek Amphitheater, the Obelisk, Palazzo Celestini, Palazzo Carafa, the Chiesa di San Matteo, and the Castello di Carlo V.
Lecce has a rich offering of cultural events, in particular theatrical, with both prose at the Teatro Paisiello and concert music and opera at the Teatro Politeama Greco. There is also an experimental theater company, Cantieri Teatrali Koreja, that goes beyond the confines of traditional theater with innovative creations that further enrich the city's cultural life. Finally, every April Lecce hosts a European Cinema Festival.

The splendid baroque city in the south of Puglia:
> Lecce

The "White Town", with its romantic whitewashed buildings:
Ostuni

An enchanted town, one of the most beautiful in Italy:
Otranto

The town on the extreme southern tip of Apulia:
Santa Maria di Leuca

This city, on the western coast of the Salento peninsula, along the shores of the Gulf of Taranto in the Ionian Sea, is divided into two distinct parts that are united by a bridge. The modern part on the mainland is called Borgo, and the ancient part, the Centro Storico [historic city center] is on a limestone island. The coast in this area near Gallipoli is particularly fascinating with its series of beaches and low rocky cliffs. 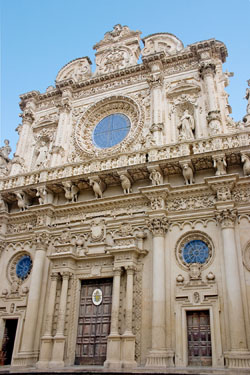 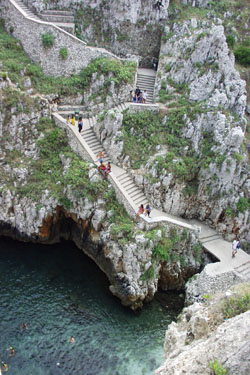